Downtown Fridays & Concerts in the Park presented by the City of Santa Maria Rec & Parks are BACK...Virtually!

You will also be able to pick up food from a number of Downtown Fridays Food trucks spaced throughout the Downtown from Alvin to Cook Streets every Friday from 5 pm to 8:30 pm.

The first Friday we will feature the All For Real Band from 6-7 pm
Tremendous 805 will be the Spanish Band on August 7th, 8-9 pm. 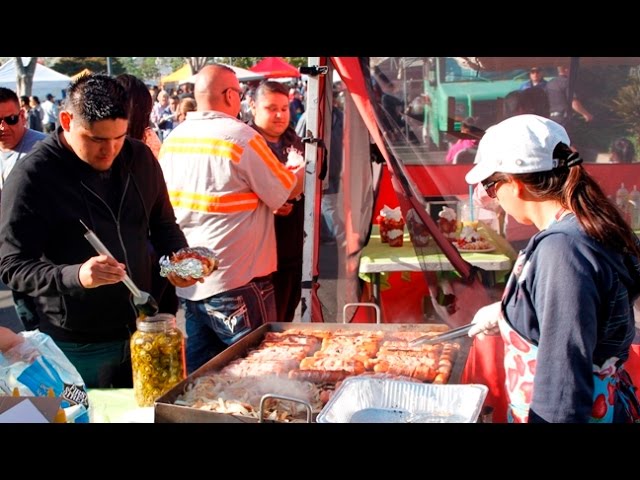 Friday, April 15th wasn't  just tax day, but it was the inaugural "Downtown Friday" (2016). We got the sights and sounds of the kick off event, talked to Mark van de Kamp from the City of Santa Maria about his thoughts on the event, and talked to some people about their reasons for enjoying the great night.
Previous Next

Downtown Fridays is the place to be for families, fun, and community camaraderie. This weekly event features food vendors, live music, kids’ activities, and a beer and wine tent!